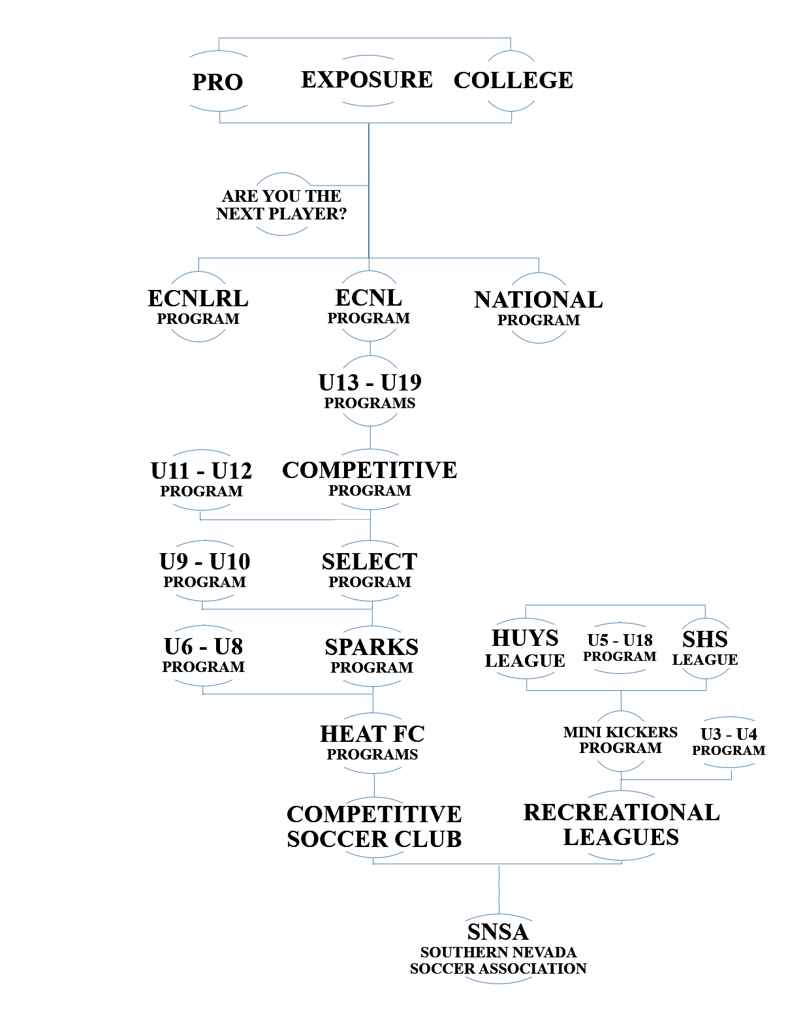 FOCUS:  PLAYER DEVELOPMENT FOR COMPETITIVE SUCCESS
Heat FC is the competitive soccer club of Southern Nevada Soccer Association (SNSA), a non-profit organization dedicated to excellence in the development of competitive youth soccer players.  Heat FC offers a variety of services and programs that fully reflect the commitment and vision of its parent organization.

OUR VISION
The vision of Heat FC is to offer players and their families a superior competitive soccer experience. Based on excellence in developing players to their highest potential for competitive play in a team environment as well as for personal achievement both on and off the field, Heat FC strives to become the club of choice for players, their families and top-level coaches dedicated to youth soccer.  We believe that player development is the foundation of competitive success
– it is what we do and what we achieve

OUR MISSION
The mission of Heat FC is to provide programs and services that will support the development of individual players in the technical, tactical, physical and psychological aspects of the game throughout their youth soccer career. Our commitment to the development of a soccer player is not only the key to competitive success, but also a meaningful part of lifetime education. We facilitate our commitment by providing:

If you are ready for next-level soccer, check out Heat FC!

Your child is interested in playing competitive club soccer, and you are ready to make the time and financial commitment.  There are dozens of clubs to choose from , but which one is right for your family?  What are the questions you need to ask to ensure that you make the right decision?   We have the following checklist for you to consider: